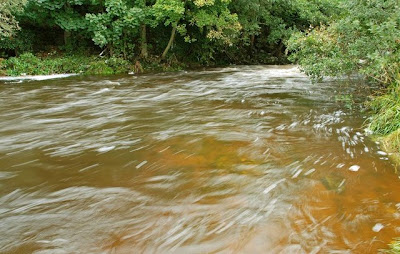 Some readers will be utterly shocked to learn that was must be considered the most significant literary effort ever produced in the parish of Clonduff was written by a man who who most likely from Mayobridge.

I refer to what is known in the English language as An Irish Funeral Oration over Owen O'Neill, of the House of Clanaboy.

The original Irish oration, which is a powerful one both in terms of language and content, was delivered by Dr. James Pulleine (Séamas Mac Poilin) who is understoond to be of Aughnagon in the Mayobridge area.

Eoghan O Néill, of the Clann Aodha Buì Uì Néill drowned in the River Bann in 1744. He lived in the house which stands behind Bannvalle at Mussen's Corner in Ballymaghery.

He is buried at the Old Clonduff church were the oration was delivered. I will post up extracts when I get the chance.