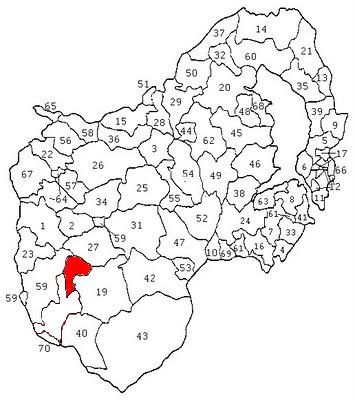 Most common surnames in Drumgath in 1863-4, Surname, (Households)

Morgan (19). From the Irish Ó Muireagáin. It is possible that some Morgans may be of Welsh origin.

Bell (18). Can be an Anglicization of the Gaelic "Mac Giolla Mhaoil," but can also be an English or French language name.

Cromie (14). Cromie can be either an 'Irish' or a 'Scottish' name. The Scottish one derives from the Gaelic Crombach, 'crooked place', being a place-name in Aberdeenshire. Despite the deriving from a Gaelic word and only meaning in the Gaelic language, Cromie is not a Gaelic name, but rather a 'Lowland' Scottish name as it is a toponymic, i.e. named after a place-name. Gaelic surnames are generally patronymic, ie. named after an ancestor.

The Irish Cromie is normally found in South Armagh and is an anglicisation of Ó Cromtha. meaning bent / crooked. This however may derive from the Scottish name.

McGuinness (12). From the Irish Mac Aonghais. Pronounced "wa-Kröosh′ in South Armagh (SÓhA / Duibhín). Aonghas (normally anglicised as Angus). The MacGuinness were formerly the "Lords of Iveagh and from their main stronghold in Rathfriland they controlled most of Co. Down for ... four hundred years" (Bell, Surnames of Ulster).

Davidson (10). Davidson would be considered a 'Protestant', Plantation name. But the truth is that Davidson could Gaelic a name as any of those above given that the Davidsons of Ulster are originally the Scottish MacDhaibhidh.